Everyone understood that 2017 was going to be a blast for Davido. He started on a very good note with series of hit songs and he ended the year as well on a very good note. But not so many music fans will ever have the thought that the FIA Crooner will make N500 million on a single day.

Well, The DMW Boss has just revealed on SnapChat that his 30 Billion Concert in Lagos on the 27th December, 2017 raked in N500 Million

Although a lot of people criticized the show as not being organised accordingly, it was still a night to remember as a host of A-list music artistes were there present. Now, irrespective of how the show went, Davido seems to be the one smiling to the bank 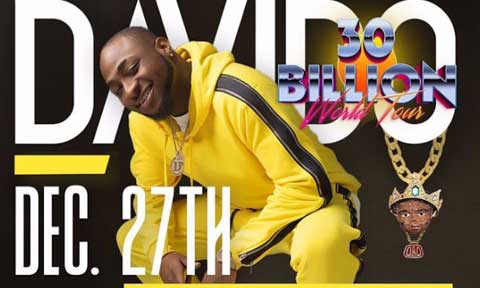