According to information provided by SaharaReporters, the jet of the former CAN President, Pastor Ayo Oritsejafor  is now grounded owing to the expensive cost of maintenance of the luxurious plane.

It will be recollected that the jet was the same jet that was used to launder cash to South Africa during the tenure of President Jonathan for the procurement of arms and ammunition to tackle the Boko Haram insurgence in 2014. 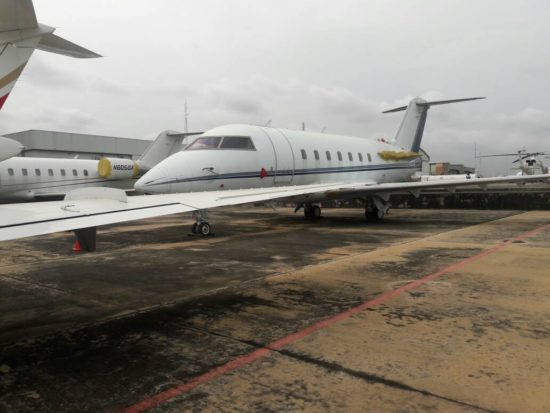 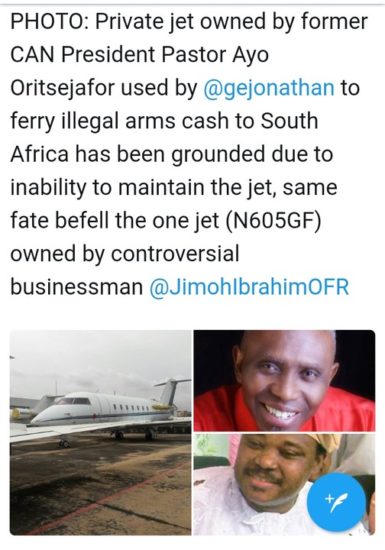 PHOTO: Private jet owned by former CAN President Pastor Ayo Oritsejafor used by @gejonathan to ferry illegal arms cash to South Africa has been grounded due to inability to maintain the jet, same fate befell the one jet (N605GF) owned by controversial businessman @JimohIbrahimOFR